FOR YOUR GRAMMY© CONSIDERATION 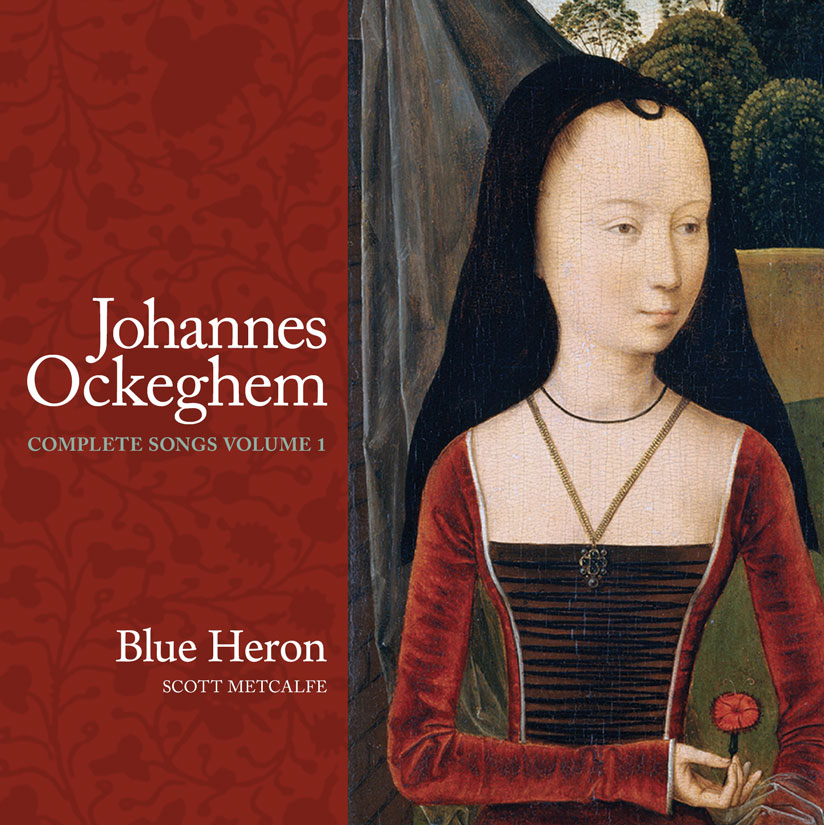 Johannes Ockeghem (c. 1420-1497) was one of the most celebrated musicians of the fifteenth century and is one of the greatest composers of all time, every bit the equal of J.S. Bach in contrapuntal technique and profound expressivity, and like Bach able to combine the most rigorous intellectual structure with a beguiling sensuality. His two dozen songs set French lyric poetry in the courtly forms of the fifteenth century—rondeau, virelai, and ballade—to exquisitely crafted polyphony in which all voices are granted equally beautiful and compelling melodies.

Besides eleven of Ockeghem’s songs, Volume 1 includes two related works: the anonymous En atendant vostre venue from the recently-discovered Leuven Chansonnier (probably copied c. 1475 in the Loire Valley, where Ockeghem lived and worked), whose text borrows the first line of Ockeghem’s Quant de vous seul, and Au travail suis by the composer Barbingant, which quotes both text and music from the opening of Ockeghem’s Ma maistresse. The CD booklet contains complete texts, translations, and notes on the music and performance practice by Sean Gallagher (musicological adviser for Ockeghem@600, Blue Heron’s project to perform the complete works of Johannes Ockeghem in a series of thirteen concert programs) and Blue Heron’s artistic director Scott Metcalfe.

“With this recording, part of an ambitiously planned Ockeghem project, the Boston-based vocal ensemble Blue Heron shines a new light on one of the most influential composers of the fifteenth century. In contrast to Ockeghem’s sacred music, his secular songs are restricted to three voices, with colors occasionally enriched by the subtle use of harp or fiddle. Calmly yet sensuously performed, at once flexibly and transparently shaped, these neglected chansons take on a hitherto unsuspected radiance that touches heart and mind alike.” (Translation from German) – Preis der deutschen Schallplattenkritik

“This is an outstanding effort that would grace the catalog of any record label.… Five stars: A marvelous collection of 15th-century songs in excellent performances.” – Fanfare 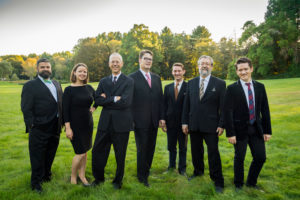 The vocal ensemble Blue Heron has been acclaimed by The Boston Globe as “one of the Boston music community’s indispensables” and hailed by Alex Ross in The New Yorker for the “expressive intensity” of its interpretations. Combining a commitment to vivid live performance with the study of original source materials and historical performance practices, Blue Heron ranges over a wide repertoire, including 15th-century English and Franco-Flemish polyphony, Spanish music between 1500 and 1600, and neglected early 16th-century English music, especially the unique repertory of the Peterhouse partbooks, copied c. 1540 for Canterbury Cathedral. The ensemble also regularly performs earlier and later music, from a concert version of Guillaume de Machaut’s Remede de Fortune to a collaboration with A Far Cry featuring Gabriel Fauré’s Requiem, Le Cantique des Cantiques for twelve voices by Jean-Yves Daniel-Lesur (composed in 1952), and Devran (2017) by Boston’s Mehmet Ali Sanlıkol.

Blue Heron presents a subscription series in Cambridge, Massachusetts. The ensemble has appeared at the Boston Early Music Festival; in New York City at Music Before 1800, The Cloisters (Metropolitan Museum of Art), and the 92nd Street Y; at The Library of Congress, the National Gallery of Art, and Dumbarton Oaks in Washington, D.C.; in California at the Berkeley Early Music Festival and Festival Mozaic in San Luis Obispo; in Chicago, Cleveland, Kansas City, Milwaukee, Montreal, Philadelphia, Pittsburgh, Providence, St. Louis, Seattle, and Vancouver; for a visit of His Holiness the Dalai Lama to the Massachusetts Institute of Technology; and in the UK in Cambridge and London. Blue Heron has been ensemble in residence at the Center for Early Music Studies at Boston University and at Boston College and has enjoyed collaborations with A Far Cry, Dark Horse Consort, Les Délices, Parthenia, Piffaro, and Ensemble Plus Ultra.

Between 2010 and 2017 the ensemble issued a 5-CD series of Music from the Peterhouse Partbooks, including many world premiere recordings of works copied c. 1540 for Canterbury Cathedral and restored by Nick Sandon. The fifth CD was awarded the 2018 Gramophone Classical Music Award for Early Music and the five discs are now available as a set entitled The Lost Music of Canterbury. In 2015 Professor Jessie Ann Owens and Blue Heron won the Noah Greenberg Award from the American Musicological Society to support the world premiere recording of Cipriano de Rore’s I madrigali a cinque voci, released in 2019. In 2015 Blue Heron also inaugurated Ockeghem@600, a multi-season project to perform the complete works of Johannes Ockeghem (c. 1420-1497), which will wind up around 2022 in time to commemorate the composer’s circa-600th birthday. A parallel project to record all of Ockeghem’s songs and motets bore its first fruits in 2019 with the release of Johannes Ockeghem: Complete Songs, Volume I, which was named to the Bestenliste of the Preis der deutschen Schallplattenkritik. Blue Heron’s recordings also include a CD of plainchant and polyphony that accompanies Thomas Forrest Kelly’s book Capturing Music: The Story of Notation, the live recording Christmas in Medieval England, and a compilation of medieval songs entitled A 14th-Century Salmagundi. 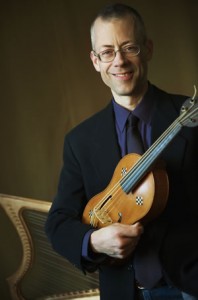 Scott Metcalfe has gained wide recognition as one of North America’s leading specialists in music from the fifteenth through seventeenth centuries and beyond. Musical and artistic director of Blue Heron since its founding in 1999, from 2010 through 2019 he was also music director of New York City’s Green Mountain Project (Jolle Greenleaf, artistic director), whose performances of Claudio Monteverdi’s Vespers of 1610 and other Vespers programs devised by Metcalfe were hailed by The New York Times as “quite simply terrific” and by The Boston Globe as “stupendous.” He has been guest director of TENET (New York), the Handel & Haydn Society (Boston),  Emmanuel Music (Boston), The Tudor Choir and Seattle Baroque, Pacific Baroque Orchestra (Vancouver, BC), Quire Cleveland, and the Dryden Ensemble (Princeton, NJ), in repertoire ranging from Machaut and Du Fay through Monteverdi, Charpentier, Purcell, and Bach, and he conducted Early Music America’s Young Performers Festival Ensemble in its inaugural performance at the 2011 Boston Early Music Festival. In the 2019-20 season he directed the Toronto Consort in a program of 15th-century English and French repertoire and the Dryden Ensemble in Bach’s St. John Passion.

Metcalfe also enjoys a career as a baroque violinist, playing with Cleveland’s Les Délices (dir. Debra Nagy), Québec’s L’Harmonie des Saisons (dir. Eric Milnes), and other ensembles. He has taught vocal ensemble repertoire and performance practice at Boston University and Harvard University and served as director of the baroque orchestra at Oberlin Conservatory. In 2019-20 he was a visiting member of the faculty of Music History at the New England Conservatory, where he continues to teach classes.

Metcalfe received a bachelor’s degree from Brown University (1985), where he majored in biology, and a master’s degree in historical performance practice from Harvard (2005). His Harvard thesis is a study of music-making in 16th-century Mexico before and after the fall of Tenochtitlan to the Spanish. Some of his research on the performance practice of English vocal music in the 16th and 17th centuries will be published as two chapters in Music, politics, and religion in early seventeenth-century Cambridge: the Peterhouse partbooks in context (Woodbridge: Boydell and Brewer, forthcoming). His edition of Francisco de Peñalosa’s Precor te, domine Jesu Christe was published by Antico Edition in 2017 and he has also edited the twelve songs in the newly-discovered Leuven Chansonnier for the Alamire Foundation (Belgium). Perhaps uniquely in the early music world, he is lead author of an article published in the Annals of Botany. And a new edition of the songs of Gilles de Bins, called Binchois (c. 1400-1460) is in preparation—a long-term project.