Music from the Peterhouse Partbooks, Volume 5 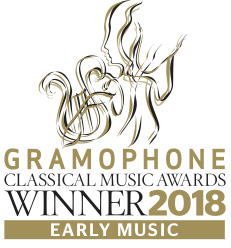 The 2018 winner of the prestigious Gramophone Classical Music Award for Early Music — the first for a non-European ensemble in the award’s 41-year history– volume 5 of the acclaimed series Music from the Peterhouse Partbooks contains the world premiere recording of a Mass by an anonymous English composer from the first half of the 16th century. Since the source of the cantus firmus has not been identified, the Mass remains without a name (“sine nomine”). The disc also includes an antiphon addressed to St. Augustine of Canterbury which is the only surviving work of Hugh Sturmy, a short and dramatic Ave Maria mater dei by Robert Hunt, whose Stabat mater is a highlight of vol. 3 of the series, and the sonorous and captivating Ve nobis miseris by John Mason, for men’s voices in five parts. This recording is part of a 5-CD project which began in 2010. It was recognized as an Editor’s Choice and a Critic’s Choice for 2017 by Gramophone Magazine, where Fabrice Fitch called the disc “one of the discoveries of the year.”