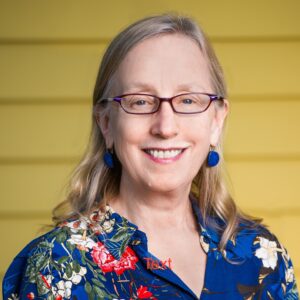 Marilyn Boenau received a Soloist’s Diploma in recorder from the Schola Cantorum in Basel, Switzerland, where she also studied dulcian, early bassoon, and shawm. While in Basel, she performed with her teacher Michel Piguet in the Ricercare Ensemble, a Renaissance wind band, appearing in concerts from Florence, Italy, to York, England. After her studies she relocated to Boston and toured and recorded with the Boston Camerata and the Boston Shawm and Sackbut Ensemble. In subsequent years she performed widely on Baroque and Classical bassoon, working with Philharmonia Baroque Orchestra, the Boston Early Music Festival, Tafelmusik, Handel & Haydn Society, Apollo’s Fire, Tempesta di Mare, and others. Marilyn is pleased to join Blue Heron for her favorite repertoire, Renaissance polyphony. Marilyn serves as Executive Director of Amherst Early Music, presenter of the Amherst Early Music Festival.