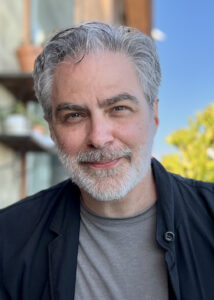 Sean Gallagher is a music historian and pianist whose research focuses on music and culture in Italy, France, and the Low Countries during the “long fifteenth century” (ca. 1380–1520). He has published articles on an array of subjects and is the author or editor of five books, ranging in topic from plainchant to Mozart: a monograph on the fifteenth-century composer Johannes Regis (Brepols, 2010); Secular Renaissance Music: Forms and Functions, editor (Ashgate, 2013); City, Chant, and the Topography of Early Music, ed. with M. S. Cuthbert and C. Wolff (Harvard, 2013); The Century of Bach and Mozart: Perspectives on Historiography, Composition, Theory, and Performance, ed. with T. F. Kelly (Harvard, 2008); Western Plainchant in the First Millennium: Studies in the Medieval Liturgy and its Music, ed. with J. Haar, J. Nádas, and T. Striplin (Ashgate, 2003). Active as a pianist, he regularly presents lecture/recitals on a variety of topics that span much of the history of Western music.

He is the recipient of a Ryskamp Fellowship from the American Council of Learned Societies and the Phi Beta Kappa Prize at Harvard for excellence in teaching, and is the first music historian to be inducted into Johns Hopkins University’s Society of Scholars. He has worked closely with leading vocal ensembles, including The Clerks (dir. Edward Wickham), for whose recording Johannes Regis: Opera omnia he served as advisor. He is musicological advisor for Ockeghem@600, a multi-year project with the award-winning vocal ensemble Blue Heron (dir. Scott Metcalfe) to perform and record the works of Johannes Ockeghem. He is currently editing the chansons of Firminus Caron, to be published in the series Corpus Mensurabilis Musicae.