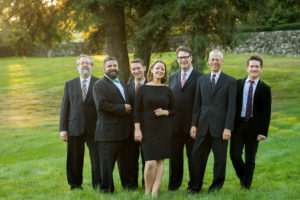 In November 2014 a small manuscript book of music was sold at auction in Brussels as part of a lot. A year later, the book was brought to the Alamire Foundation in Leuven, Belgium, where it was quickly recognized as a hitherto unknown, complete and intact songbook from the late fifteenth century—the most important discovery of fifteenth-century polyphonic music in nearly a century. The book was eventually purchased by the King Baudouin Foundation and deposited on permanent loan with the Alamire Foundation in Leuven’s Park Abbey. 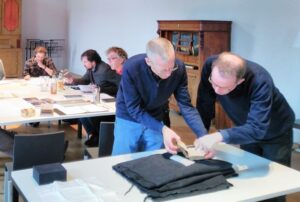 The Leuven Chansonnier, which appears to have been copied in central France in the years around 1465-75, contains fifty songs, all without ascription to a composer, among which are found works by the leading composers of the day: Ockeghem, Busnoys, and their contemporaries. It includes a dozen songs which were previously unknown. This program arranges songs from the Leuven Chansonnier into a cycle of courtly love, exploring the panoply of the emotions experienced by the lover: bedazzlement, loyal devotion, suspicion, betrayal, despair, nostalgia, and hope.

Blue Heron has performed a number of songs from the Leuven Channsonnier over the past few seasons, including a handful of the unique songs; one of the latter, En atendant vostre venue, appears on our CD Johannes Ockeghem: Complete songs, vol. 1. Blue Heron’s artistic director Scott Metcalfe edited the twelve unique songs for the Alamire Foundation; he participated in several days of study of the manuscript and its contents at the Foundation’s House of Polyphony at Leuven’s Park Abbey and he was invited to attend two international conferences on the Leuven Chansonnier, in New York City (2017) and Antwerp (2018); at the latter he gave a paper on editing the poetic texts and music of the unique songs. 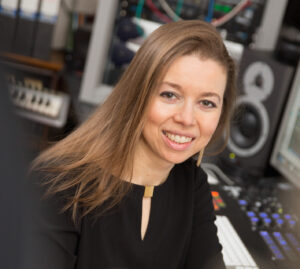 The pre-concert talk will be given by one of the world’s leading experts on songbooks of the second half of the fifteenth century, Prof. Jane Alden of Wesleyan University, author of Songs, Scribes, and Society: The History and Reception of the Loire Valley Chansonniers.

Jane Alden’s research addresses musical notation and visual culture in the medieval and modern eras, language and translation, experimental music, and public engagement. Her publications include the monograph Songs, Scribes, and Society: The History and Reception of the Loire Valley Chansonniers (Oxford University Press, 2010) and a number of articles on medieval and contemporary topics. She is currently writing a book on the Scratch Orchestra and participatory music-making in London since the 1970s. With degrees from Manchester University, King’s College, London, and the University of North Carolina at Chapel Hill, she is active as a singer and conductor, seeing performance as the most effective way to reach out beyond academia to communicate with the wider public. In 2011, she formed the Vocal Constructivists, a London-based group of singers who specialize in performing graphic and text scores. Their first album, Walking Still, is available on the Innova label (CD#898).

Tickets are $50 for adults, $35 for Seniors, $10 for students or low-income:
www.blueheron.org/concerts

The high-quality concert video is streamed on Blue Heron’s website and pre-concert talks are live via Zoom. Links and passwords will be emailed 48 hours in advance of the concert. Once the concert date has passed, a recorded version of the pre-concert talk and concert video will remain available to ticket purchasers through the end of the season. All videos and Zoom sessions are password protected for security reasons.

ABOUT BLUE HERON
BLUE HERON has been acclaimed by The Boston Globe as “one of the Boston music community’s indispensables” and hailed by Alex Ross in The New Yorker for its “expressive intensity.” The ensemble ranges over a wide repertoire from plainchant to new music, with particular specialties in 15th-century Franco-Flemish polyphony and early 16th-century English sacred music, and is committed to vivid live performance informed by the study of original source materials and historical performance practices. Blue Heron offers a catalog of twelve recordings and is the first group outside of Europe to receive the Gramophone Classical Music