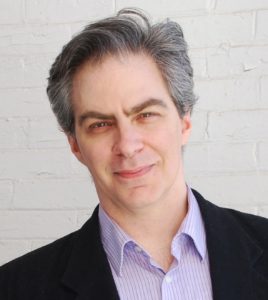 Blue Heron’s repertoire extends from the 14th century through the 16th and has concentrated particularly on the French song repertoire from Machaut (d. 1377) through the generation of Josquin (d. 1521). In this Spotlight Session, Sean Gallagher—one of the world’s leading experts on 15th-century music and adviser to Blue Heron’s Ockeghem@600 project—will cast a Spotlight across a century and a half of French songs, giving us a sense of the big picture of continuities and innovations. Opening with the intoxicating complexities of the late 14th-century Ars subtilior, Prof. Gallagher will show how the next generation created a simpler style, exemplified by the catchy melodies and limpid structures of the young Binchois and Du Fay (both born around 1400); how complexity returned in new guise in the songs of Ockeghem and Busnoys (born in the early to mid-1420s), succeeded by another turn to simplicity in the music of Josquin and his contemporaries born in the 1450s.

An email with links and instructions will be sent 48 hours in advance of each concert.

BLUE HERON has been acclaimed by The Boston Globe as “one of the Boston music community’s indispensables” and hailed by Alex Ross in The New Yorker for its “expressive intensity.” The ensemble ranges over a wide repertoire from plainchant to new music, with particular specialties in 15th-century Franco-Flemish polyphony and early 16th-century English sacred music, and is committed to vivid live performance informed by the study of original source materials and historical performance practices. With a catalog of twelve recordings, Blue Heron is the first group outside of Europe to receive the Gramophone Classical Music Award for Early Music (2018). Additional accolades in the Noah Greenberg Award form the American Musicological Society, and  the Preis der deutschen Schallplattenkritik (German Record Critics’ Award) in 2020. Blue Heron is Renaissance vocal music for the 21st century.

Prof. Gallagher is the recipient of a Ryskamp Fellowship from the American Council of Learned Societies and the Phi Beta Kappa Prize at Harvard for excellence in teaching, and is the first music historian to be inducted into Johns Hopkins University’s Society of Scholars. He has worked closely with leading vocal ensembles, including The Clerks (dir. Edward Wickham), for whose recording Johannes Regis: Opera omnia he served as advisor. He is musicological advisor for Ockeghem@600, a multi-year project with the award-winning vocal ensemble Blue Heron (dir. Scott Metcalfe) to perform and record the works of Johannes Ockeghem. He is currently editing the chansons of Firminus Caron, to be published in the series Corpus Mensurabilis Musicae. He serves on the editorial boards of the series Ars nova: nuova collana (published by Libreria Musicale Italiana) and I Codici di Trento (published by Istituto Italiano per la Storia della Musica).