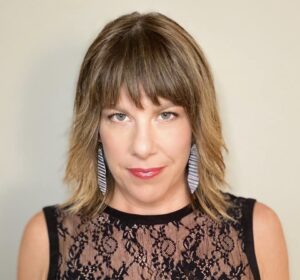 Shari Alise Wilson is a singer and pianist based in Austin, Texas. Demonstrating great versatility and stylistic vocal sensitivity, she has collaborated with some of the world’s top ensembles, including Conspirare, Blue Heron, Pegasus Early Music, Texas Early Music Project, Spire Ensemble, and Austin Baroque Orchestra. She is a founding member of Grammy Award-winning The Crossing based in Philadelphia, as well as a founding member of VAMP, a newly formed vocal chamber group of five female artists in Austin committed to elevating the female voice through innovative programming and commissions. Shari has had the privilege to perform in beautiful places around the world, with favorites including Spoleto, Italy, Paris, France, Big Sky, Montana, and Santa Fe, New Mexico. When she’s not performing, you will find her designing and organizing homes with her business FUN SHUI DESIGN, hiking and enjoying the outdoors, bird watching, or hanging out with her awesome husband and two cats, Gabriel and Cantique. Shari has sung with Blue Heron for twelve seasons and is thrilled to be back in Boston singing with dear friends for the final concert of the twenty-third season!