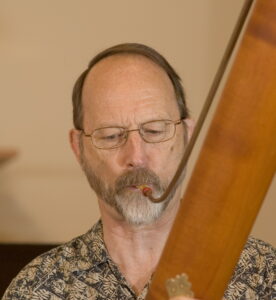 Bob Wiemken is Artistic Co-Director of Piffaro, The Renaissance Band, with which he has performed worldwide, recorded extensively, built over 150 programs of Renaissance and early Baroque music, and commissioned new works for early winds and chorus. He has performed with numerous leading early music ensembles all over the world, and with Piffaro in festivals in North and South America and across Europe. He also teaches regularly at festivals and workshops throughout the country, directed the early music program at Temple University in Philadelphia for 20 years, and is currently Instructor Scholar for Early Woodwinds at Texas Tech University. He was recently awarded the prestigious Howard Mayer Brown Lifetime Achievement Award from Early Music America.