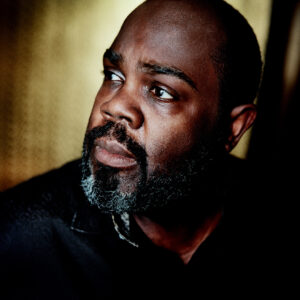 Noted for his “shimmering voice” (BachTrack), Grammy-nominated countertenor Reginald Mobley is globally renowned for his interpretation of baroque, classical, and modern repertoire and leads a prolific career on both sides of the Atlantic. An advocate for diversity in music, Reginald is a programming consultant for the Handel & Haydn Society and also holds the position of Visiting Artist for Diversity Outreach with Apollo’s Fire. He is a regular guest with Philharmonia Baroque Orchestra, Washington Bach Consort, Seraphic Fire, and Agave Baroque, and with the latter recorded the Grammy-nominated American Originals, a collection of Spirituals. His 2022-23 season includes a solo recital of Bach cantatas at the Miller Theatre in New York and appearances with the New York Philharmonic, the Pittsburgh Symphony Orchestra, the Chicago Symphony Orchestra, and Early Music Vancouver. Previous engagements have included concerts and recordings with Opera Lafayette, Orchestra of St Luke’s, LA Master Chorale, Atlanta Baroque Orchestra, Portland Baroque Orchestra, and Early Music Seattle. In Europe, Reginald has performed with Orchester Wiener Akademie, City of Birmingham Symphony Orchestra, Balthasar Neumann Chor & Ensemble, the Stuttgart Bach Society, the Holland Baroque Orchestra, John Eliot Gardiner and the Monteverdi Choir and Orchestra, the Dutch Bach Society, I Barocchisti, the Academy of Ancient Music, and The Budapest Festival Orchestra. His first solo album with ALPHA Classic, a collection of Spirituals accompanied by the French pianist Baptiste Trotignon, will be released in June 2023, and he is featured on several albums with the Monteverdi Choir.