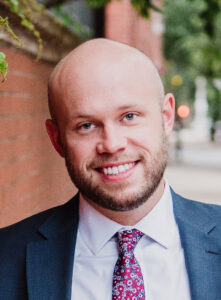 Corey Dalton Hart, tenor, is an active performer of opera, oratorio, and song repertoire as well as an eager chamber musician. With a passion for American song, he is a regular recitalist along the east coast and has premiered new works in both New York City and Boston. Corey’s opera credits include works by Mozart, Bizet, Ravel, and Knussen. On the concert stage, he has been a featured soloist with the American Symphony Orchestra, the Albany Symphony, the Bard Baroque Ensemble, and The Orchestra Now. As a chamber musician, Corey performs with the Boston Baroque Ensemble, Renaissance Men, The Ashmont Bach Project, the VOCES8 Scholars Program, and the renowned choir at the Church of the Advent. Corey holds degrees from Furman University and the Bard College Conservatory of Music and is currently working on his Doctor of Musical Arts degree in vocal performance and pedagogy from the New England Conservatory of Music.