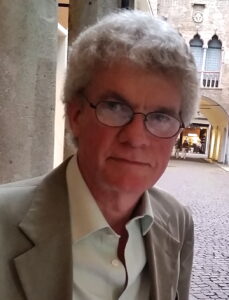 Christopher Martin is professor of English at Boston University, specializing in European literature of the early modern period. His publications include Policy in Love: Lyric and Public in Ovid, Petrarch, and Shakespeare and Constituting Old Age in Early Modern English Literature, from Queen Elizabeth to King Lear, and he is editor of the Penguin anthology Ovid in English as well as Bloomsbury’s forthcoming A Cultural History of Old Age in the Early Modern Period (1400-1650).